International nail champion, educator, nail pro, product developer and inventor of the Marilyn nail shape Gabó Kovács showcases eight of the most popular shapes that are rocking the international nail world and discusses who is best suited to each style.

No two personailties are the same, just like there are no two hands or fongers that look alike. From the nail shapes described here, everybody can choose one or more that is suitable for their hands and lifestyle. So what is out there for the client and the nail tech to choose from? What shape best fits and suits fingers and hands? We can best change the overall look of our hands by choosing a shape with a smile line that is the most suitable for the size an lenght of fingers and hands. 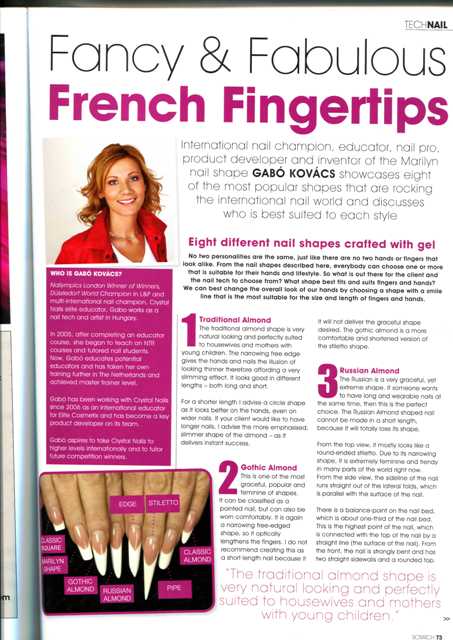 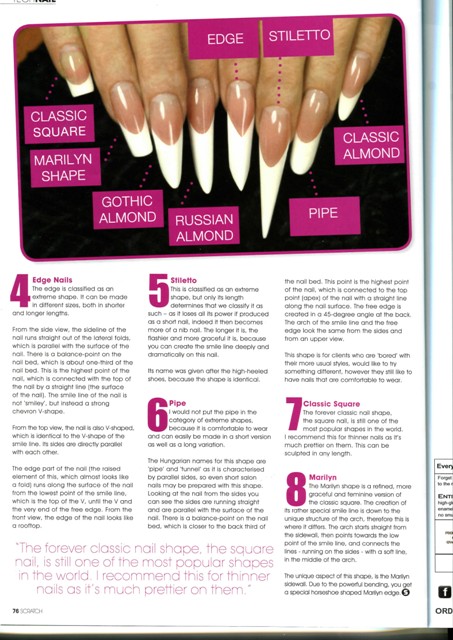